Once again the day was a wonderful success, with the Pinks  vintage ice cream van and the Littlehampton Sea Cadets marching band, who lead the teams onto the raceway and played at lunch time.

20 teams booked in, making it the biggest entry to this event so far.

The defending champions were always going to have a real fight on their hands with teams coming from Dorking, Effingham (Leatherhead )Yapton and Ford as well as all usual competitors , which include 8th Chichester, 12th Chichester, 2nd Tangmere, 1st Southbourne and Funtington and West Stoke (N/S). Yapton and Ford were a  reserve when Durrington failed to make the grid.

The team from 5th Chichester had only one cub with previous experience of box kart racing.

Both 12th Dorking and 1st Effingham made the quarter finals, a massive well done to both, as this was their first ever Supreme Championships. The Effingham team were starting to make their presents felt as the day when on. Next year they could be a real threat, now they have some experience and a very quick kart.

Quarter final 3 was a real tough one. The new and very fast Felpham DEFENDER  kart against 5th Chichester’s ASPHALT ALLIGATOR . The latter winning by a very narrow margin, only to get knocked out in the 2nd Semi by the 12th Chichester ‘B’ team.

The first semi saw a wheel to wheel battle between  5th Chichester’s COUGAR CHAOS and 1st Southbourne’s BATTLESHIP. By now the 5th Team had got themselves sorted out, and made a blistering attack to get themselves a place in the final. A massive well done to Southbourne for making their first ever semi.

The run off for third place saw 1st  Southbourne’s  BATTLESHIP verses 5th’s ASPHALT ALLIGATOR. Southbourne raced well during the day and should be very proud to finish 4th overall at this event, this is a fast improving team.

The final was an absolute  cracker, …..box karting at it’s very best, with both teams giving their all.

Both the finalists got a flyer of a start. 5th Chichester’s COUGAR CHAOS in second place for much of the first half of the race, but got themselves in a good place by half way,but the 12th were far from finished and forced themselves to the front… . The 5th. .. never afraid to go around the outside,..with a massive effort ,finally got their nose in front with just feet to go.

Trophies for all members of the first three teams and medals for every cub that raced during the day.

A special  trophy was awarded to the highest placed travelling pack, this went to  1st Effingham (Surrey).

Many thanks to Tina Shaw-Morton(Director)Woods Travel Group and Goodwood Motor Sport Team. 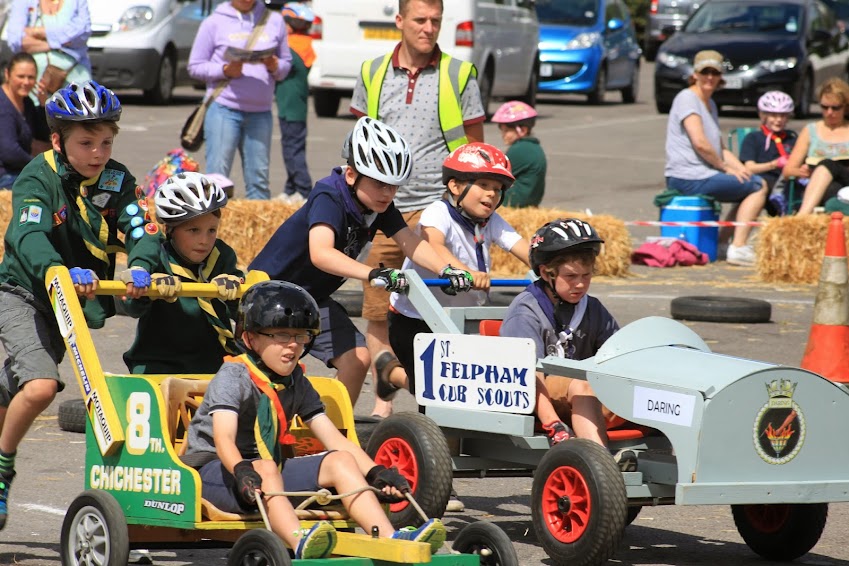 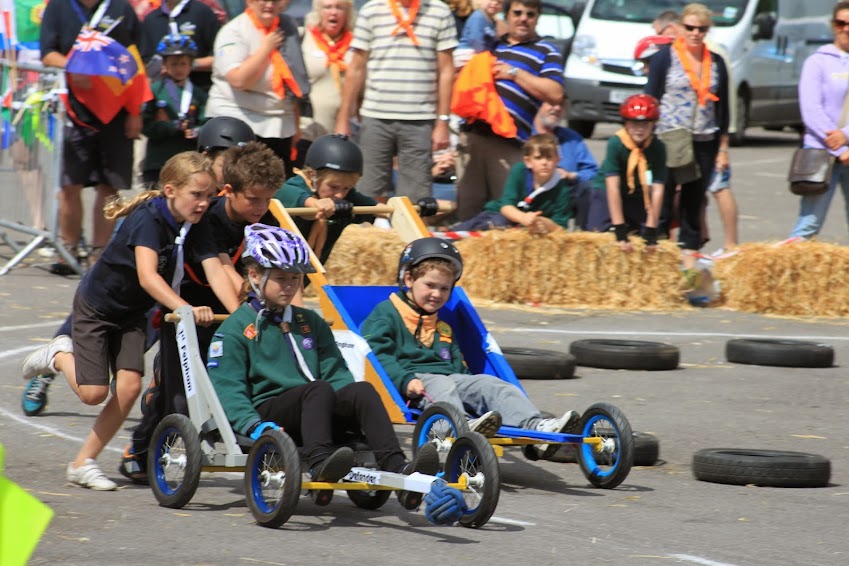 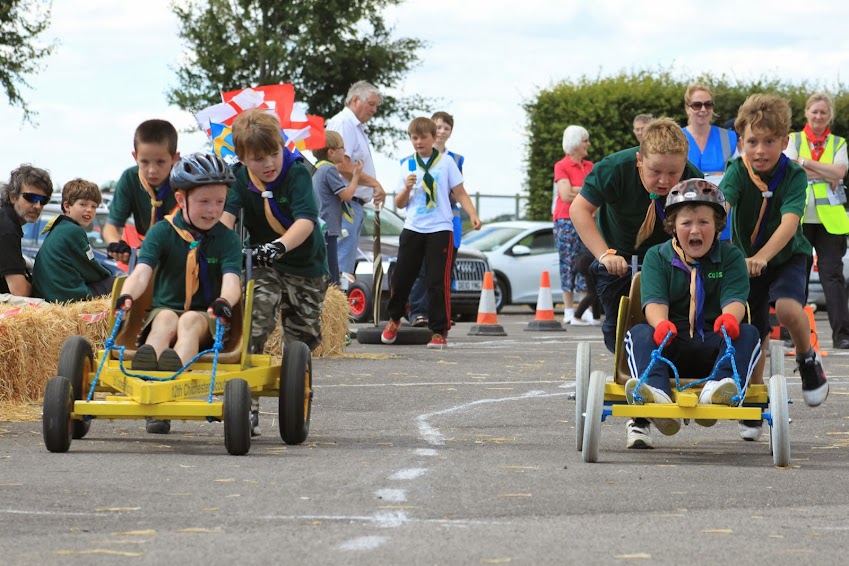 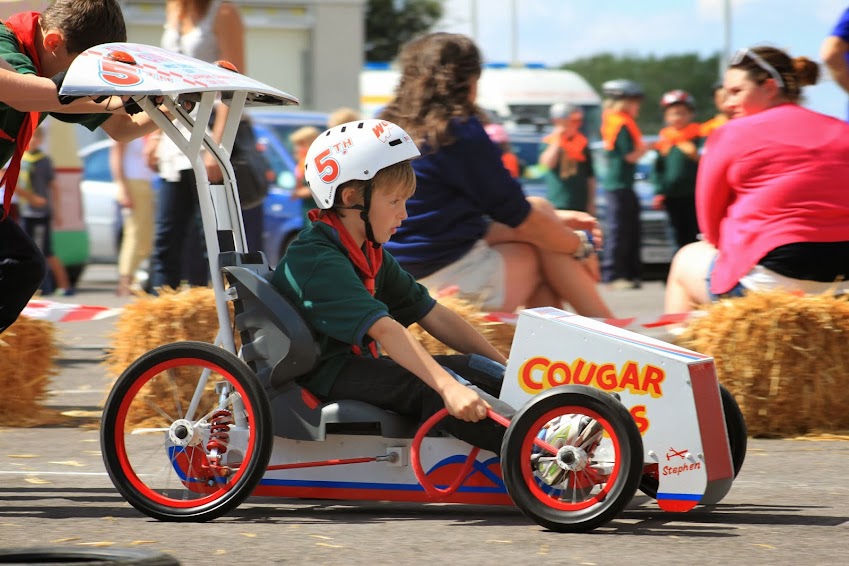 Find Out What We Do!